Jar-Jar Day at the Beach with Mrs. Belvedere

This is the place to post reports from signing or on the street meets
Forum rules
DO NOT post the location for on the street meets. To keep the spots from being too crowded, we don't allow locations to be posted. You may only post location details about pay meets and organized free signings.
Post Reply
3 posts • Page 1 of 1

Jar-Jar Day at the Beach with Mrs. Belvedere

I wound up skipping most of the week’s stuff, as nothing really interested me enough. Finally something did, which was a day/night long event featuring Bill Pullman, so I can get him on my Spaceballs piece. I had it on the calendar for quite some time, but before going to sleep, I checked the schedule. Bill was appearing at 7:30PM, but I was astonished to see Ahmed Best’s name for the morning. In case you didn’t know, he played the infamous Jar Jar Binks in the Star Wars prequels, as well as the Clone Wars series. Sadly, Ahmed’s career has been largely ruined by the fan backlash over said character. This is ridiculous.

Anywho, so I was on the train in the morning to try for him. My plan was to get him, and go back to NJ to try for Al Jardine of the Beach Boys yet again for autographs. Best laid plans right? First, I was fortunate that a major steam pipe explosion was 30 blocks south of where I was going. I arrive, and eventually see Ahmed and his son walking up. He was very polite but declined me, indicating that he was too late, and would do it leaving. This obviously, sucked!!! So now I’m more or less stuck. I tried some other spots but they were dead at the time. I returned, and true to his word, he did do the photo, and was very nice. 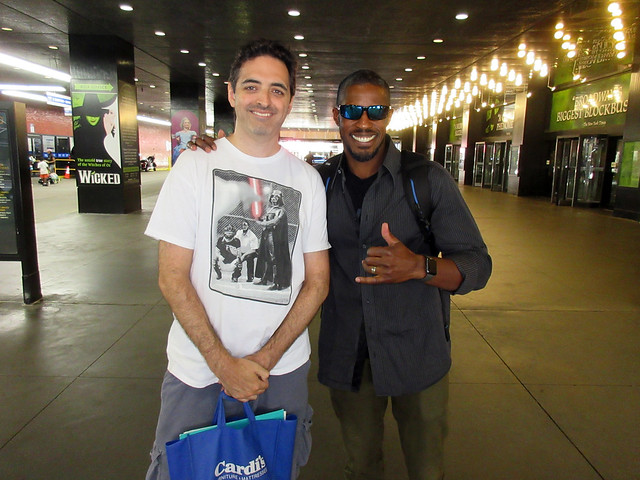 At this point, Jardine went out the window, so I hung around this spot for awhile. I did get a fast phone selfie (taken by a friend) with Paul Schneider from Parks and Rec, as well as one I took myself with NCIS actress Cote de Pablo, who is smokin’! I then went to sit down somewhere for awhile and eat. I also walked passed a spot that Denzel Washington was due at, and chuckled at the people who thought he would stop. I left when my friend got to the Pullman spot, but no, Denzel did nothing after I did. Bill showed up like 20 minutes only before the show. Thankfully he signed for us. 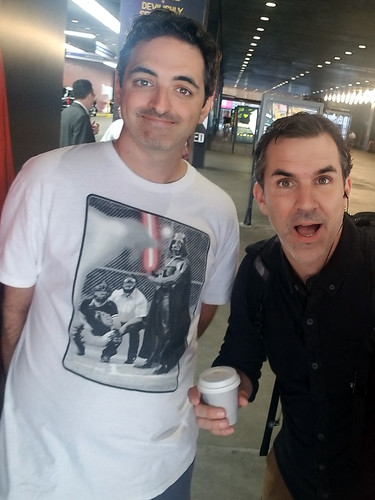 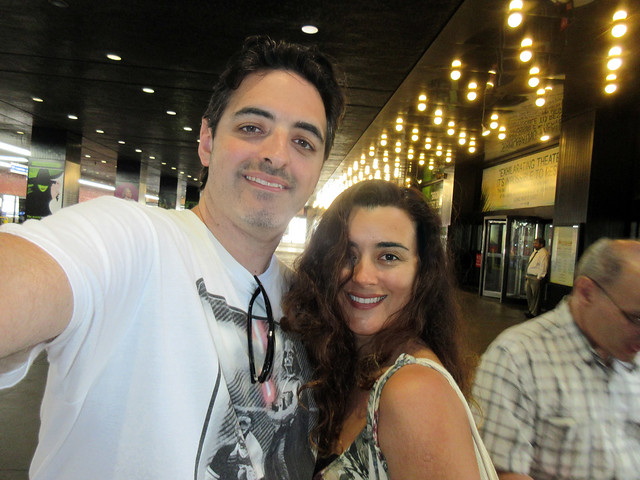 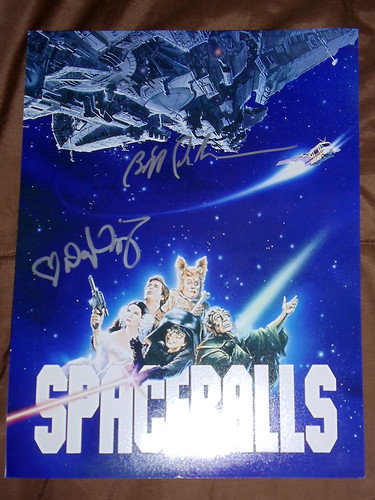 I returned home, and later in the evening departed for the venue that Brian Wilson’s band was playing. I was joined by a couple graphers I know, and several dopes. Brian was wheeled directly into his bus, which was no surprise. Eventually Al walked out to his, but he was kind enough to sign what we had, though he declined a fan’s photo request. Blondie Chaplin must have snuck onto the bus while this was happening, as I saw him in there as it pulled away a bit later. This ended the night, and it was very nice to get Al in my Beach Boys book finally. 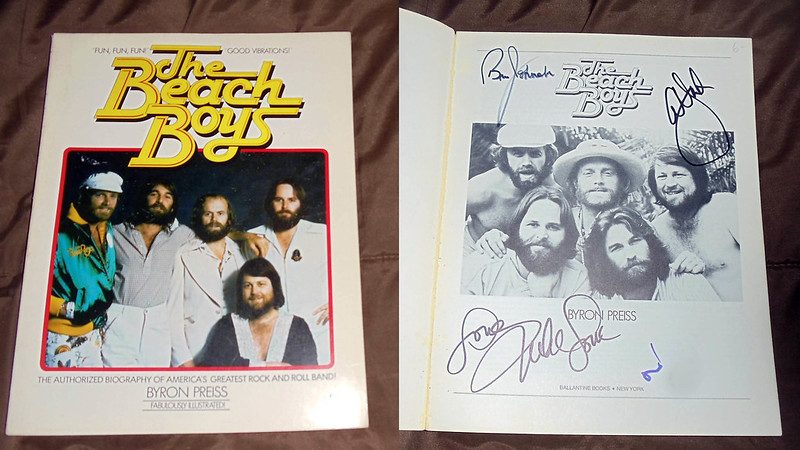 The next New York excursion occurred at night. I met up with Heel Orton and a few others present for the former star of Mr. Belvidere and Lady Bugs movie, Ilene Graff. After a wait, she emerged and took photos and signed for one person, so that was easy. Others went to another spot while I scooted over to one for Marilu Henner, who I have somehow never gotten. I gotta admit, this is pretty odd, because she’s actually a great name for my fandom. She starred on Taxi and Evening Shade, both of which I watched in reruns and first run respectively and enjoyed. Film-wise she was in two movies I revere, the hilarious Johnny Dangerously and Noises Off. Dangerously most know, but Noises Off I’ll bet few do. This was a comedy directed by Peter Bogdanovich, about a play within a play. It starred Michael Caine, Carol Burnett, Christopher Reeve, and many more, and I just loved it. Anywho, waited a bit, since I had no idea when this thing ended, and Henner left. She was very nice, and I got the photo. 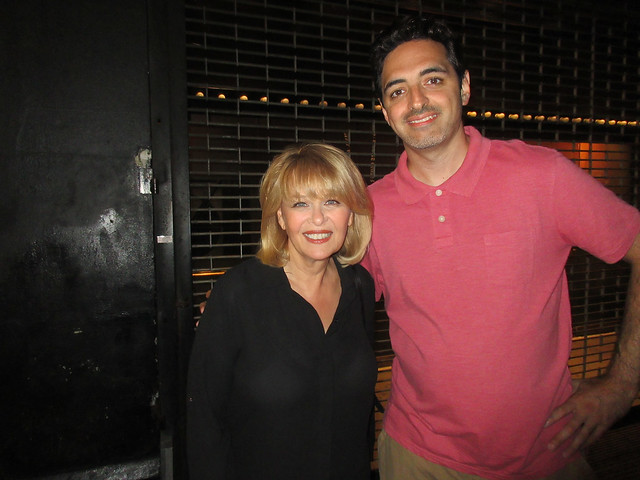 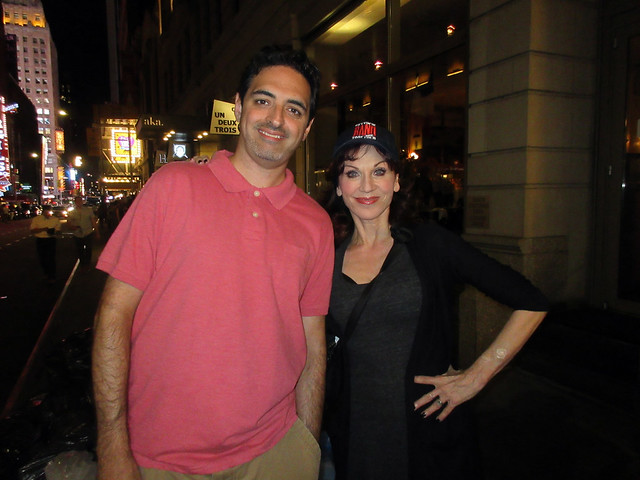 Re: Jar-Jar Day at the Beach with Mrs. Belvedere

Probably should go into Flashback, BUT yep I found another old report I missed posting. This one goes back to July 2018.
The Paunch Stevenson Show pop culture podcast : http://www.paunchstevenson.com
Top

Re: Jar-Jar Day at the Beach with Mrs. Belvedere

Cool ones! I was never a huge NCIS fan but I tended to watch when I couldn't find anything else. I think once Cote left it's all been downhill. She added something with all the cast that really hadn't been seen before or after she left.

Also I wouldn't know the name Ilene Graff but now I recognize her by face. Ladybugs was one of my favorite movies when I was younger and still holds up for me today.

Of course Marilu Henner is a classic.
Book WWE Hall of Famer Jimmy Valiant for your event!!
PM me!