This is the place to post reports from signing or on the street meets
Forum rules
DO NOT post the location for on the street meets. To keep the spots from being too crowded, we don't allow locations to be posted. You may only post location details about pay meets and organized free signings.
Post Reply
6 posts • Page 1 of 1

Yesterday I made the drive to White Plains to meet a few key former members of the Mets. I have never done this show before, but these names were can't miss for me. I let my house around 9:40 and arrived there around 10:55, the drive was fast and easy. They seemed to have a parking lot that they were charging for, but I found a municipal lot across the street where I only paid $3 to park in. My girlfriend has zero interest in this hobby, attending events, etc, but she came with me so we could do other stuff in the area afterwards. She initially was going to wait in the car but then decided to come in. This event certainly didn't change her mind about the hobby, but she didn't have an awful time.

Admission was $10, I bought my ticket and then picked up my pre orders at the next window over. Quick and easy, gave them my name and they checked my ID and that was that. I asked where photos would be happening and they pointed me in the direction. I had nothing else to do so I just camped there. The only slight issue was by the photo room, the PA system is useless, so you heard nothing announcement wise. That wasn't a problem though since the staff inside relayed most everything to us and more important than that was the players had to walk past you to get into the room, so you really couldn't miss anything.

The take away I had initially was the photo set up was much better than I heard. The photographer actually seemed competent, they had a DSLR camera, and they took multiple shots to make sure they got a good one. The motivation for this was the photographer they had sold the all digital photos, including candid shots as you walked up. For each player you met, you could pay $20 to get all the photos taken, or $40 to get every candid and posed shot from al of your photo ops no matter how many players you met. I did neither option, but at least it helped guarantee you had a good printed product. Print outs took around 15-20 mins, and on the first print out they gave us a free top loader, and on the second a plastic sleeve. On the last one you had nothing, they were just laid out on the table.

R.A Dickey was first, and as the only Cy Young winner in Mets history that I didn't have, this was a good one for me. R.A was nice and friendly. 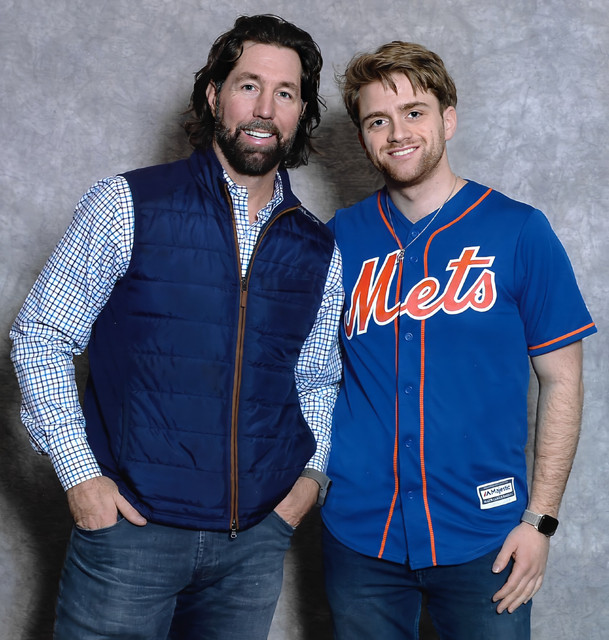 Then we had an hour wait, where I just hung out in the hall. Again, the show floor had nothing for me so walking around didn't pay. Bartolo Colon was next, and as he was walking in he stopped and talked to a kid who was waiting. Colon seemed like a class act, and since he become something of a folk hero in his time with the Mets, this was essential, even though it was a tad bit steep at $80. 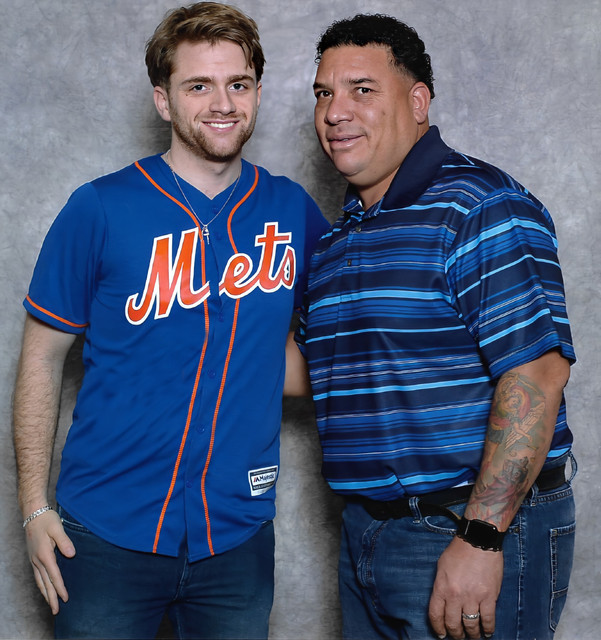 After this was Jose Reyes, one of my all-time favorite Mets. I met him back in 2004 as a rookie, and I never got a photo which bugged me. This was the most can't miss of the 3 for me. Another $80 name, but this price felt a bit more fair. Jose was very nice, even liking and commenting on my Instagram post of the photo, which gave me a nice likes stimulus package lol Some of the fans weren't happy with the

, but I didn't care. This leaves my top Mets want list, basically looking like Wright, Santana, Koosman, Harvey, Leiter, etc, with some of the new ones like Alonso (won't get him until he retires since Fanatics charges $$$$ and I didn't go when Greg went) and McNeil. 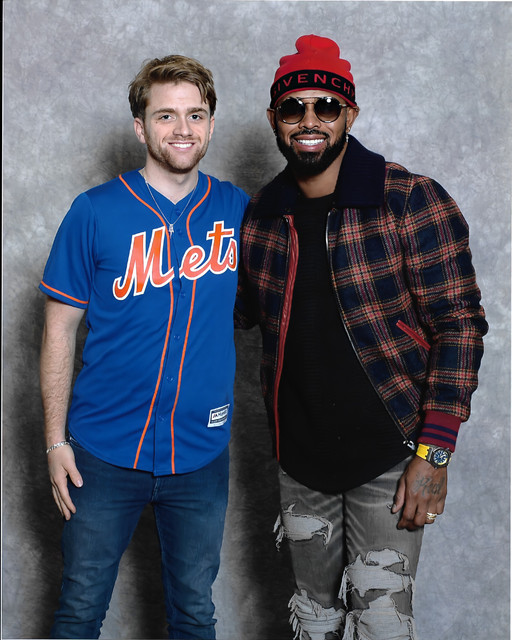 After this, waited for the print out and then we left. Finally we got to do the stuff my girlfriend suffered through the con to do, and a great day was had.
My collection:
https://www.flickr.com/photos/woodmo/albums
Top

As a lifelong Mets fan, can't tell you how much I enjoyed this report. All three former players look great!

Great shots. Had this been Saturday I would've split! The $40 for the candids is nonsensical.
The Paunch Stevenson Show pop culture podcast : http://www.paunchstevenson.com
Top

glad to hear they sorted out the op situation, never offered the 20 or 40 dollar option before, but the pics are prob best ive seen at WP so here is hoping they stay that way. good ones there
Top
Post Reply
6 posts • Page 1 of 1