Place to find reports on meets of the past.
Post Reply
3 posts • Page 1 of 1

With the Corona Virus keeping us inside and away from celebrities for the foreseeable future, it's time to start dusting off some old meets and make throwback reports. I urge you all to do the same, it gives us a chance to share meets we didn't ever post here, or repost old ones and show it to new members for the first time.

This one goes back 11 YEARS back to 2009, and I was with Lanza. This meet is on my mind because I am 3 episodes away from finishing my 6th or 7th rewatch of The Sopranos, still my all time favorite drama.

James as you know passed away in 2013. In those years after The Sopranos, I think his reputation with fans was pretty good. Though he also had some run ins with fans, most notoriously was the time he was choking an obnoxious NYC collector in an airport and it was caught by TMZ, but in general he was pretty nice and approachable as long as you did it respectfully. Back in 2009, James was in a show in NY and was actually obtainable every day of the week. He was pretty nice at this spot, stopping before, between shows, and after shows on most days. Timing wise it was the best show, since it drew a lot of randoms, and ran only 90 mins, so by 3:30 on Saturdays it was clearing out while most shows went until 4:00/4:30. I will post another report in the future of the massive name we got coming out of here one day as a random.

But anyway, back to James. On this day, we saw him walking up the street as he made the turn off 8th avenue right towards us. I recall him being a bit grumpy at first, but he was nice enough to stop for the photo. When we tried to get him to sign, he told us to come back after the show and he said he would take care of us, though he did sign a couple for Radio Man! 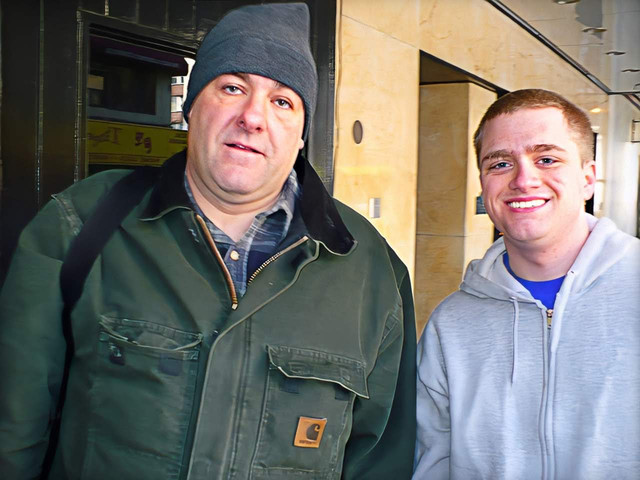 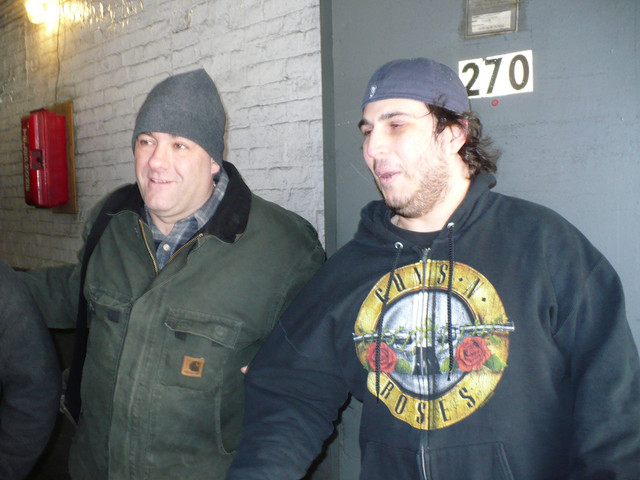 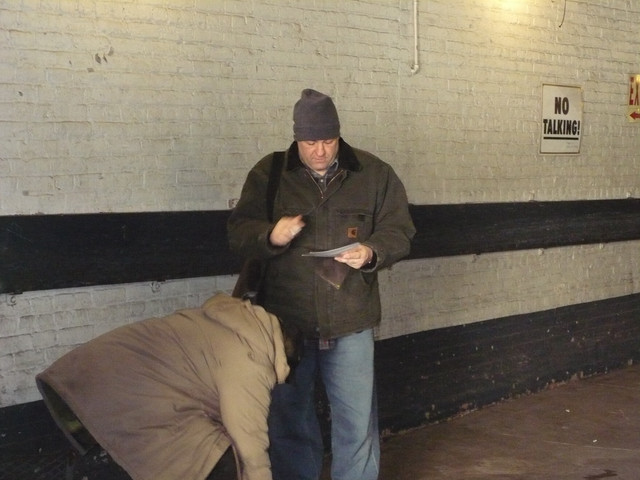 And true to his word, after the show he signed for us. 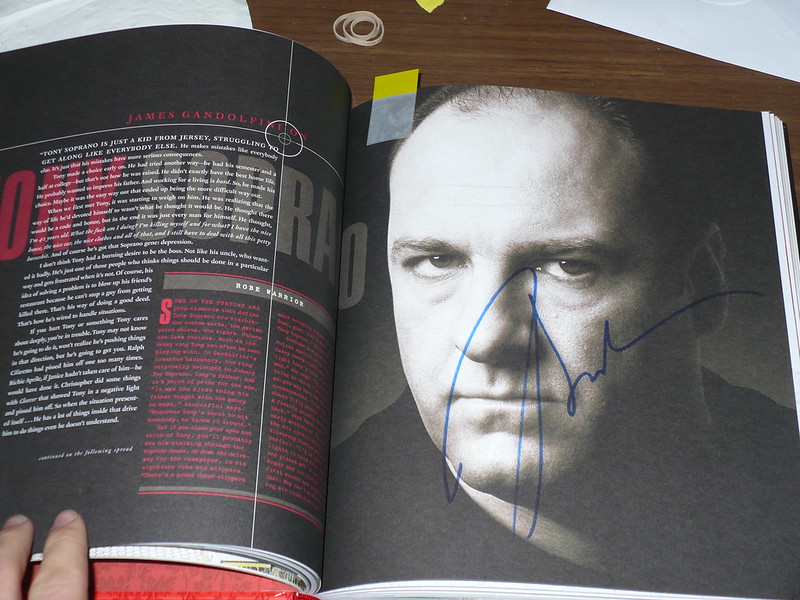 In hindsight, if I could do it over, I probably go back another time or two, and get more stuff signed, but I am just grateful I got to meet the star of my favorite show when I had the chance.
My collection:
https://www.flickr.com/photos/woodmo/albums
Top

Re: We need Tony Soprano to WHACK Covid-19!!

Very cool! It's crazy how some larger than life type of guys pass away so young. Peter Sellers is one that comes to mind.
I wasn't a Sopranos fan at the time when he was alive and signing so never really paid attention to his signing habits. I watched some episodes on HBO but not a lot of them until I wound up with some free DVDs in late 2013.
I think James is one of those guys who will be remembered very well especially by his friends and those who were able to get close enough. There is a biography on him where the author mentions he took time to sign as many autographs as he could. Of course, there are a few celebrity books, both of Dave Winfield's come to mind, where the person mentions their dislike of signing autographs. So it's always nice to hear good signing reports.
The best James autograph story I've seen is him is in a video where he saw a tiny dog in a lady's purse outside a theater and he took the dog out and took it into the back of the theater with the door closed while the lady was just mumbling something like "James Gandolfini just took my dog" though she was saying it in a positive way. He brought it out to the lady not long after but it was a real heartwarming type of video. It's those special type of moments that I remember most about an autograph story.
Book WWE Hall of Famer Jimmy Valiant for your event!!
PM me!

Re: We need Tony Soprano to WHACK Covid-19!!

Big one I missed out on. Saw him at Rutgers games many times, just never approached. They filmed the dumb series on location constantly near my house. What on Earth happened in the Lanza shot???
The Paunch Stevenson Show pop culture podcast : http://www.paunchstevenson.com
Top
Post Reply
3 posts • Page 1 of 1